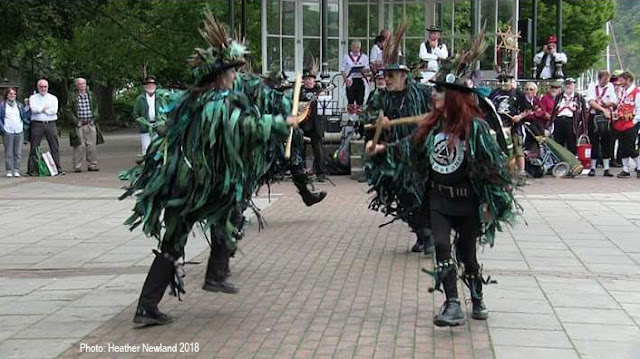 Our repetoire is based on figures from the Border Morris tradition that was originally danced in the English-Welsh border area.of Herefordshire, Worcestershire and Shropshire and may include the following dances:
Brimfield - based on the dance of a 6-man side from Brimfield and collected by Cecil Sharp and Ella Leather at Orleton, Herefordshire on Boxing Day 1909.

Evesham Stick - from the town of Evesham in East Worcestershire. The dance was collected in May, 1940 and was said to have been performed in the streets prior to Christmas by 10 dancers (men) between 1875 and 1895. The tune was 'Fanny Frail' with song accompaniment in parts. The dance called for a stick in one hand and a hankerchief in the other. As we're not from Evesham, we dropped the hanky from our performance.

Virtuous Lady - A dance named after a mine near Grenofen put together by ex-foreman Chris Cunningham, then re-jigged by Mavis after much input and finally everyone else.

Not for Joe - like most sides we have a dance to this 19th century music hall tune and song. The collected border dance that uses the tune is called Dilwyn from the said village in Herefordshire.

Old Mill - a dance for 5 originally performed by Bawderin' on Morris (a Devon side from Lapford - now defunct). The dance is named after the old flour mill in the village of Lapford, it is now a private residence.

White Ladies Aston - based on the collected version from the village of that name. Our version carries a mash-up of several popular tunes.

Lodestone Leominster - it started out as a version of Leominster, and then got changed, and as Mavis said it was no longer the same dance.

"Don't take no notice of nobody, nor what anybody says to you, take no notice, you carry on, do what you want to do, and you do the (Border Morris) ..and it'll give them something to think about." 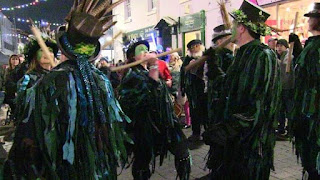 GHOST OF CHRISTMAS DICKENSIAN NIGHT PAST 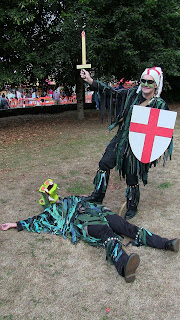